If you were going to sum up Marc Demetriou’s career, it would be “Number 1 with a bullet.”

Having become the top producer within a year of joining Residential Home Funding (RHF) in 2005, he has not only never looked back, he has also never taken success for granted and has continually focused on improvement.

Heco-hosts a national podcast program, “The Real Estate and Money Show”, has a book coming out later this year and is regularly featured or quoted by such media powerhouses as Reuters and The New York Times as well as having been recently featured in MPA’s Hot 100. He also speaks regularly and was recently the keynote speaker at the Mastermind Summit. Listed annually on virtually every top producer list, he said he is blessed to be good at what he does.

Last year he closed about $60 million in mortgages while running the Bloomingdale, NJ branch of RHF.

Other than hard work, diligent organization, efficient work habits, attention to operations and marketing, he says the key to success in the mortgage business is understanding that it is not a sales job.

“Buying a house and taking out a mortgage are among the most important financial decisions most people ever make,” he said. “No one wants to be sold. My job is to educate clients and serve as a consultant to make sure they get the mortgage that is right for them. It humbles me to be part of that.”

And key to that is knowing the market, understanding in the trends and using that information to help clients make good decisions.

He said 2014 was his worst year in the business and that 2015 started out “unbelievably explosive” but that business slowed down toward the end of the year. He doesn’t expect 2016 to be as good as 2015, explaining that a lot of the pent-up demand for refinancing has slowed down as 86% of residential mortgages today are at or below 4.25%, indicating that most of the demand for refinancing has been satisfied.

He said he doesn’t see interest rates moving beyond the 4s or maybe low 5s anytime in the near future.

Today, he sees a somewhat slower market as many millennials are saddled with student debt and not in any hurry to buy a house. He predicts that in a few years, more young people will start families and begin to start driving demand for housing. That, combined with low inventory in the price ranges popular with first-time buyers will lead to a slight cooling in the market, he thinks.

Then there is the baby boom generation, and he said it is unclear at this point how many of them will sell, freeing up inventory in larger suburban properties for the next generation of buyers. “Will they move to Florida? Will they take out reverse mortgages and stay put? We don’t know.” 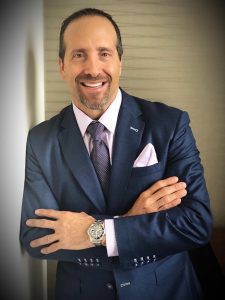